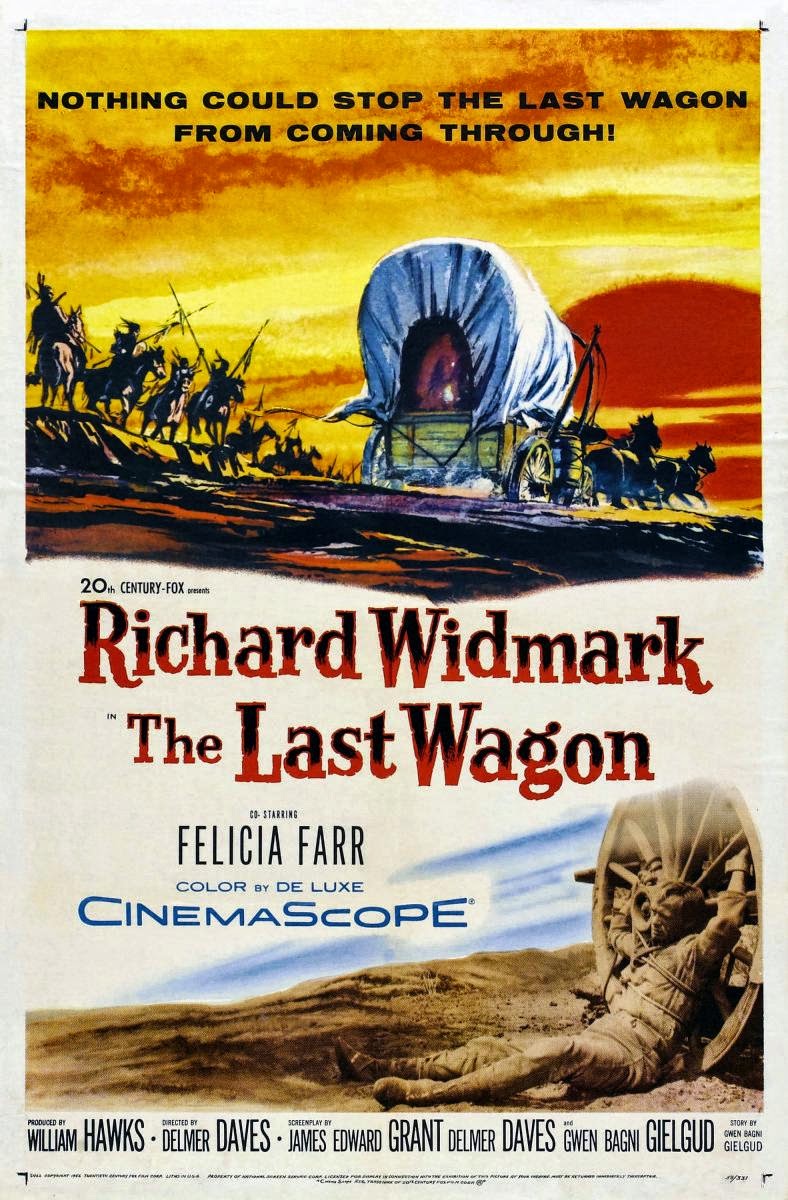 In the opening scene we watch Richard Widmark killing an opponent in cold blood; he first shoots the man off his horse, then finishes him off, mercilessly. In the next few minutes Widmark kills two others, again without mercy, before he’s finally overpowered by a fourth person, a man wearing a sheriff’s star. It’s quite a remarkable opening, deliberately creating doubts about who is good and who is bad. Things get even more complicated: the sheriff ties the captured Widmark to a tree and starts torturing him, both mentally and physically. When the people of a wagon train show up, the sheriff asks them if he and his prisoner may join them on their way to Tucson; the request is granted, but the sheriff’s cruel behavior soon causes feelings of distress among the people of the wagon train and a young boy and his big sister start sympathizing with him, even though they’re told he’s a cold-blooded murderer ...

The Last Wagon was Delmer Daves’ follow-up to his own, immensely successful Broken Arrow, which had opened up the market for liberal, pro-Indian westerns. Racial prejudice is again a central theme, but in many aspects The Last Wagon is a counterpoint to the more suave Broken Arrow:  the ‘hero’ is not a peace maker who becomes friends with a wise Indian chief, but a white man - knick-named “Comanche Todd" - who has lived with the Comanche and has learned to live and think like an Indian. He gets the chance to redeem himself and proof that he’s a good person when he miraculously survives a bloody nocturnal raid on the camp by the Apache (a common enemy of whites and Comanche). Six youngsters - among them the boy and his big sister - have also survived the massacre because they were off for a swimming party (and some romance) during the raid. Widmark is the only one who lead them through the Canyon of Death, the only one who can save their lives ... 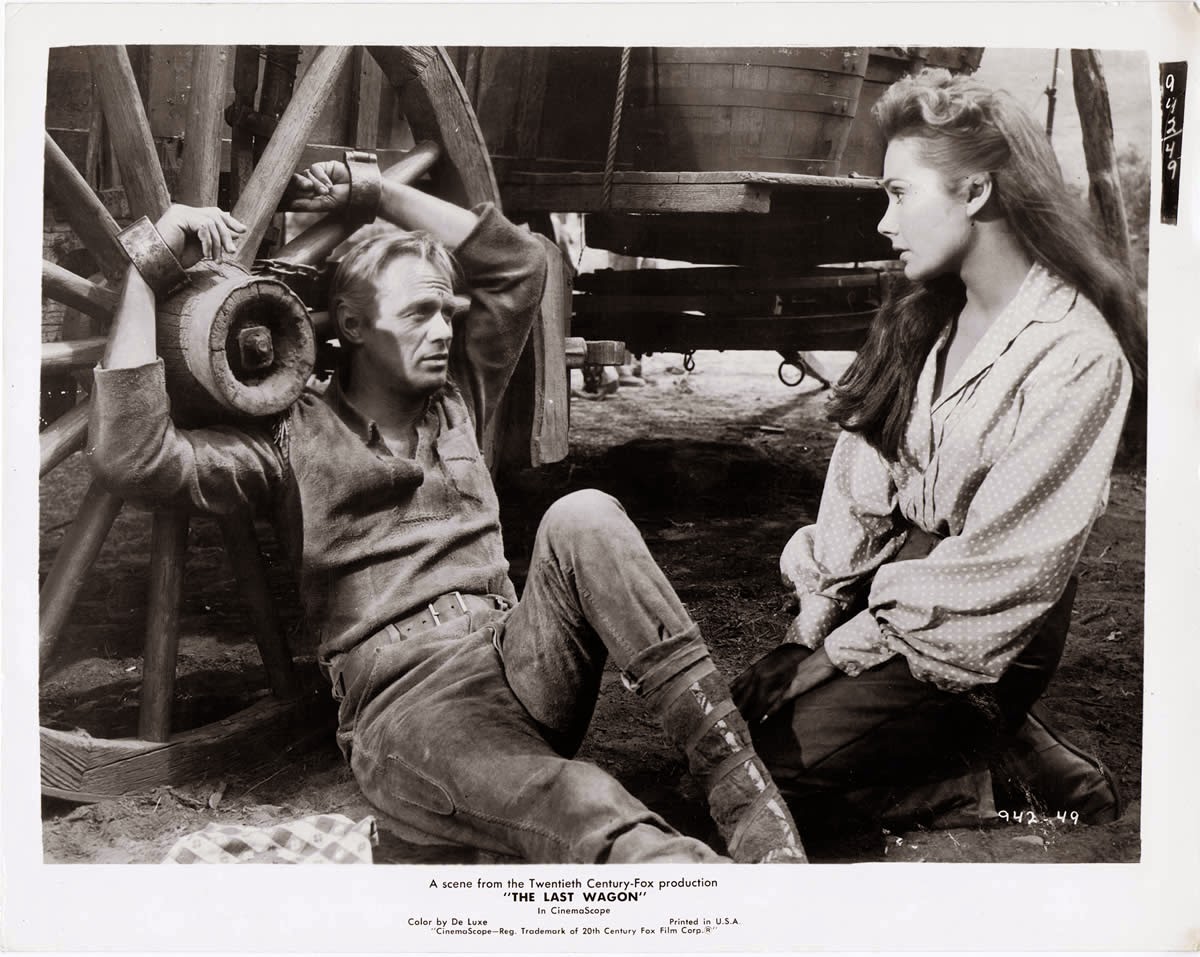 The journey to safety through hostile Indian territory becomes a rite de passage for all concerned: they all become better people, notably a snooty white girl who hates Indians, including her half-breed sister, her only living relative after the death of their mutual father. The script is clichéd, but the whole thing is so elegantly put together that we can easily overlook its predictability. The actors are very good in their stereotyped roles (kudos go to George Mathews as the sadistic sheriff) and Wilfred Cline’s breathtaking cinematography of the Arizona landscape gives the film a bold, almost biblical look, not too far removed from the Boetticher-Scott collaborations of the Ranown Cycle. The problem of the movie is the ending (probably imposed on the director by the studio) a sort of coda in which Widmark’s character is acquitted of all charges. It’s stated that he took four lives but saved six, and therefore has payed his ‘debt’ to society.

Of course we understand very soon that Widmark’s character, Comanche Todd, can’t be all bad, if only because the man who’s supposed to bring him in, Sheriff Harper, is so much worse, but he remains a murderer, a man who has killed several people in cold blood, among them a sheriff and three deputies, and it’s not easy to see how he could ever be pardoned for this. It is revealed that he became a wanted man after he had killed the three men who had raped and killed his Indian wife and slaughtered his two half-breed kids; so far so good - we can understand that a man desires to avenge his murdered wife and kids, especially in the context of a western movie - but it is also suggested that these three killers and rapist are no other than sheriff Harper’s deputies, but ... they can’t be: The sheriff and his men were chasing Todd for killing the Harper brothers.

The conclusion must be that Comanche Todd was acquitted on false grounds: he killed more than four people (at least seven), and therefore took more lives than he saved. But I guess it’s too late for a revision.