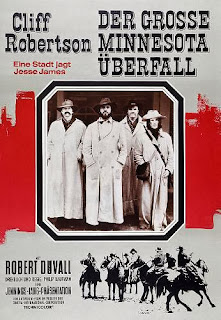 The great raid from the title, is the historic robbery of the bank of Northfield, Minnesota, on September 7, 1876, by the infamous James-Younger gang. But this is not just another movie about the rise and fall of the gang. It opens with a narration which could be read as a valid excuse for their violent raids:

"Everywhere men from the railroads  were driving poor, defenceless families from their homes."

What the hell is that? Are the members of the gang presented as modern day Robin Hoods, who are stealing money from the rich to give it to the poor? Or should we take the statement with a grain of salt?

The James-Younger gang had their origins in a group of Bushwackers and made their fame in a Post-war society that was still divided. And yes, some people (farmers who thought the banks and railroads were a threat to their way of life) saw them as 18th Century Robin Hoods. In the film quite a revealing reference is made to the famous Robin from Sherwood, when the men are making fun about thieves who rob the rich to help the poor. It's clear that these men did not see themselves as defenders of the poor and helpless: they have some sympathy for the good and simple folk, but they're after personal gain and their behavior is all but chivalresque. 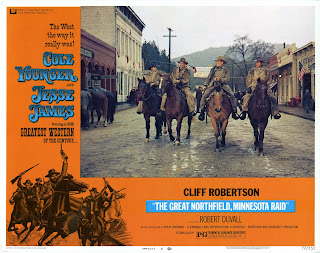 Jesse James (Robert Duvall), the leader of the gang, is presented as a homicidal maniac, impulsive and nervous, a Southerner who's still fighting his own Civil War. Cole Younger (Cliff Robertson) is a more introspective type, a calculating strategist and part-time philosopher, thinking about leaving criminal life. Traveling North, to Minnesota, both are  confronted with a world they don't know, symbolized by baseball, steam engines and Scandinavian accents that are alien to their ears; while Jesse holds on to the things he knows best (emptying his guns to unlock a vault with a time-lock), Cole tries to learn and adapt himself to modernity, but the baseball scene neatly illustrates that the shift is to brusque for a man of action: to put an end to a game that looks completely chaotic to him, he simply shoots the ball to pieces in mid-air.

Great attention has been given to period detail, resulting in an often stunningly beautiful movie and an incredible recreation of the Northfield main street anno 1876 - not in Northfield, but in Jacksonville, Oregon! (*1). The casting is impressive, but I had doubts about Duvall's mannered interpretation of Jesse James; he shows all the characteristics (and tics) we have become familiar with, but in a less disciplined way, it all looks a little strained and unnatural here. The actual raid is less spectacular than Walter Hill's excessive, but elegant bloodletting in The Long Riders, but has a rough, authentic look, as if were watching some newsreels showing the incident. It's also closer to what really happened on that day in the sense that the members of the Younger clan weren't riddled with bullets in the streets of Northfield by the local citizens, but afterwards, by one of the several posses looking for them. However they were not shot while taking shelter in a brothel, but surrounded by the posse in a swamp near the town of Madelia. 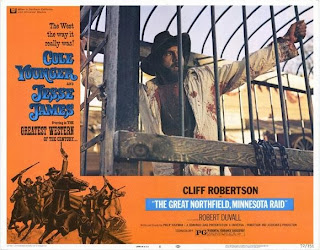 The Great Northfield Minnesota Raid was only moderately successful at the box-office but it was popular among critics. Movies like Bonnie & Clyde (clearly a major influence) and Butch Cassidy and the Sundance Kid had introduced this quirky style, mixing comedy with gritty violence and social comment, and many film makers had adopted it, including Kaufman. It feels a bit dated today and the quirkiness occasionally gets in the way of the narrative. Some of the sequences - notably this baseball game - tend to drag.

The movie reflects the mood of the Vietnam era with its anti-capitalist and anti-corporate feelings; the gang members are outsiders whose war (and other) experiences make it hard for them to conform to a new era of unbridled materialism. They're hard-boiled criminals, but not more ruthless than the unscrupulous Pinkerton agents chasing them, or even the citizens of Northfield, who seem to enjoy the carnage. In this moral waste land, Kaufman clearly sides with the outlaws: The movie ends with a bizarre ritual of a heavily wounded Cole Younger shown, in ecce homo style, in the streets of Northfield, his arms wide, as if impersonating a tortured Jesus. But this Jesus is cheered by the crowd.

Related text: An article on Arthur Penn's BONNIE & CLYDE will be published on Furious Cinema

*
Note:
(1) The film was mostly shot in Oregon and the landscape doesn't really correspond with Northfield  and its immediate surroundings, see: http://www.imdb.com/title/tt0068661/trivia?tab=gf&ref_=tt_trv_gf 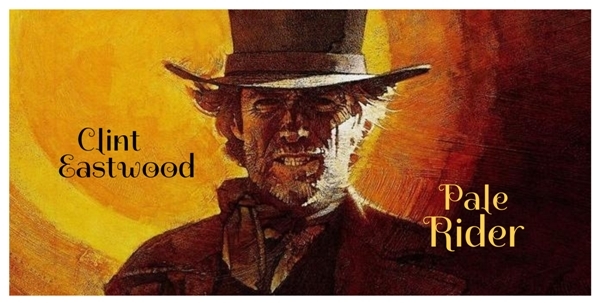 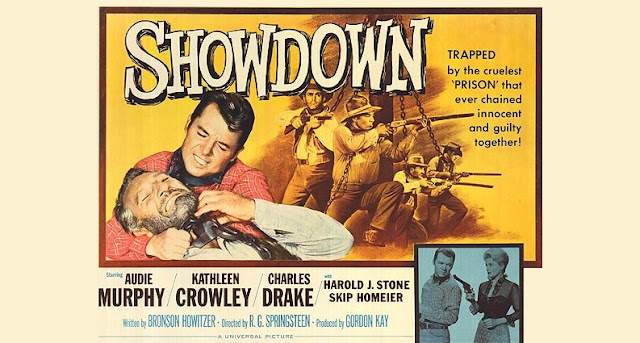 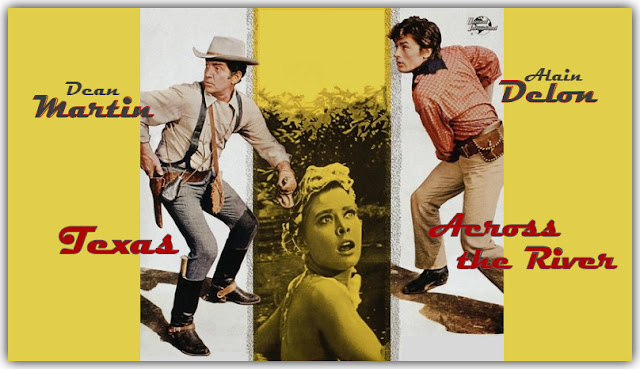 When relatively unknown American actors went to Europe in the mid-Sixties to appear in cheaply made spaghetti westerns (and in some cases became superstars), major European actors took the plane in the opposite direction to appear in lush Hollywood productions. With his appearance in Texas Across the River (1966), French superstar Alain Delon tried to establish his name across the ocean; for the occasion he was cast as a Latin Lover and paired with that other Latin Lover - the one from Hollywood - Dean Martin.
Delon is a Spanish nobleman, Don Andrea Baldazar, El Duce de la Casala, who is about to marry a Southern Belle, Phoebe (Rosemary Forsyth). It turns out that she was promised to another man, a cavalrist from the US army who takes his entire regiment to the wedding to claim his bride. When his rival is accidently killed during an incident, Don Andrea is unjustifiably accused of murder and must therefore flee across the border to Texas (not yet an U.S. state). He is joined by a gun…
Read more