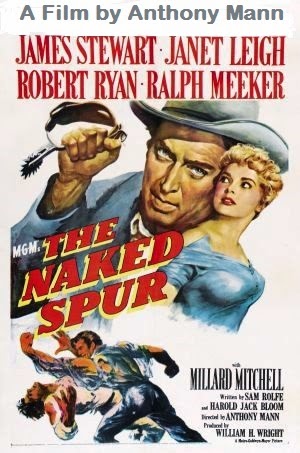 The third western collaboration of the duo Mann-Stewart, usually called one of their best. It’s no doubt the most intense of the lot.

James Stewart is Kemp, a frontiersman turned bounty hunter after he had lost his ranch in the Civil War. Kemp is after the outlaw Ben Vandergroat, wanted for killing a Marshall. Vandergroat has fled into the mountains and Kemp is forced to accept the help of two men, who both hope to collect a part of the reward money: Jesse Tate, an old gold prospector who thinks Kemp is a sheriff, and Roy Anderson, a Union soldier who has been discharged from the army dishonerably. With the assistance of these two, Kemp finally captures Vandergroat and his companion, who turns out to be a young woman, Lina Patch (Janet Leigh), the daughter of Vandergroat’s former partner, who thinks her father’s friend is innocent. 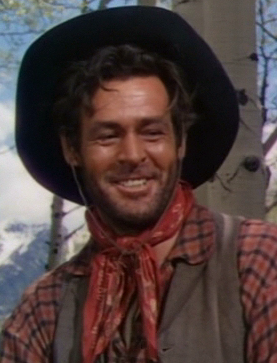 As more often in Mann’s work, the beauty of nature is perfectly played against the nature of man, the rockslides and raging rapids mirroring the despair of the characters involved. Only gradually we learn how desperate - and far gone - they all are: Kemp not just lost his ranch when he was off to fight in the Civil War, his fiancee sold it and ran off with an other man; Lina clings to Ben because he was the only person on earth she could turn to after losing both her parents; Ben seems an amiable villain, intelligent and cheerful, until we learn that he’s as mentally unstable as Kemp, the man who has been chasing him like a dog; both men are on the edge of insanity.

The cinematography, by William Mellor, is impressive, with the camera often showing the events from the perspective of the characters; in some scenes - like the finale or the scene with Stewart, climbing a cliff, being scared off by a rockslide - the effect is stunning. The magnificent landscape is at the same time so terrifying, that we get the feeling that it’s closing in the characters rather than offering them a way out. 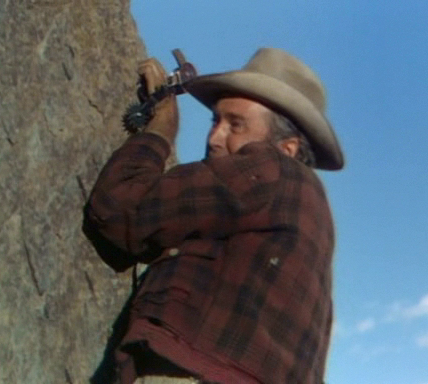 The movie developes like a hostage drama, albeit one with the villain as the hostage, not the hero and his family. Ryan’s character soon starts playing off his captors against one another: he's getting on old timer Tate with stories about gold treasures hidden in the mountains and also encourages Lina to use her charms because he has noticed that both Kemp and Anderson are attracted to her. It all leads to a finale on a cliff, high above a howling river in the deep, in which the characters not only face each other, but also themselves.

The tight script, by Sam Rolfe and Harold Jack, is perfectly functional, but might show some weaknesses when observed more carefully; the sequence with the Indians (who are quickly disposed of) looks perfunctory and the redemptive finale may lead to some frowning as well, but both direction and performances are so strong that you hardly notice the imperfections. Stewart and Ryan are a perfect match as the hunter and his prey (who becomes his taunter), but Janet Leigh almost steals away the film from them as the tomboy who dreams about traveling to California with a man who cares for her. 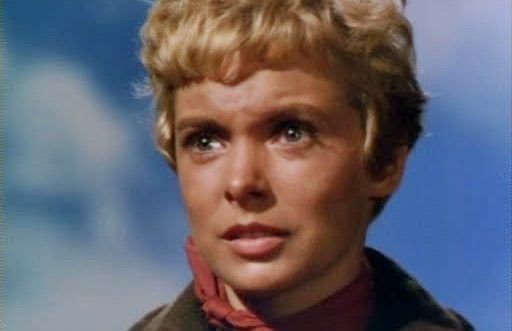 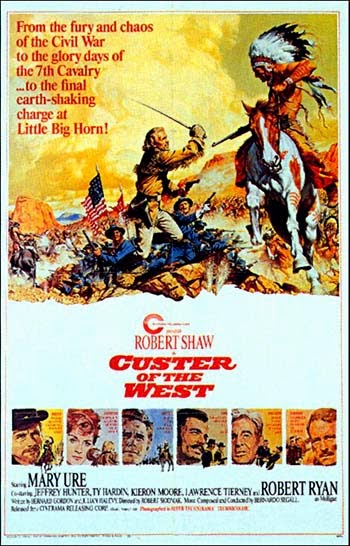 An overlong, episodic biopic of the controversial Civil War veteran and Indian fighter George Armstrong Custer. It was supposed to be directed by Akira Kurosawa, but he was replaced by Robert Siodmark. Custer had been portrayed as an idealist in Walsh’s They Died with their Boots on and would be portrayed as a vainglorious fool in Arthur Penn’s Little Big Man. Custer of the West tries to cover a middle ground, but is less successful in this aspect than the 1991 TV Miniseries Son of Morning Star.

The movie opens with a short montage depicting Custer’s Civil War exploits and follows his career until his famous Last Stand at the Little Big Horn, on June 26, 1976. After the war, Custer is offered a couple of easy jobs by his Civil War commander general Sheridan, but he prefers action. He’s then sent West to secure the peace at the frontier (by the man who thinks the only good Indian is a dead Indian) and told that his job won’t be a pleasant one. The script depicts him, at the same time, as a glory-hunting opportunist and a loyal, sincere army man, prepared to make unpopular decisions if necessary. He is blamed, by his superiors, for the onslaught on a peaceful Cheyenne village, but newspapers on the East Coast have turned him into a folk hero, and when he clashes with people in high places (among them the president’s brother) he has become too popular to be kicked out of the army. His unheroic death on the battlefield will finally turn him into a legend.

Custer remains a historic person whose character and motives are difficult to fathom; most commentators have described him as a ‘media personality’: he valued good public relations and took care of his image; he hated politicians but had political ambitions himself; he was stringent, tenacious, hard to himself and to others, and while he could be generous to friends, he was bitter and implacable to enemies (1). Portraying such a enigmatic and controversial personality, is always risky. Little Big Man and Son of Morning Star probably work better because they are first-person narratives: Little Big Man is ‘told’ by Jack Crabb, supposedly the last survivor of Custer’s Last Stand, Son of Morning Star is told by two different characters who have known Custer. While a third person narrative suggests objectivity, a first-person narrative leaves more room for interpretation: it is essentially subjective, presenting the facts from a personal angle (and in the case of Jack Crabb we have reasons to believe that the facts have been given a twist in his personal account).

Most of these qualities attributed to the historical character, are highlighted in the script (there’s a protracted scene in which Custer imposes his own tenacity on his men) but there’s too much psycho-babble and the script also mixes historic events with fictional incidents, such as an Indian attack on a train and a man escaping down rapids; some of these sequences are spectacular (the escape down the rapids is edge-of-your-seat material), others seem to be there only for the intended Cinerama presentation. Robert Ryan has a nice cameo as a gold-hungry deserter, but his sequence feels detached from the rest of the movie.

Shaw almost overcomes the script’s indecisiveness with a strong performance and Ty Hardin and Jeffrey Hunter aren’t too bad as his two junior officers, one of them a hard-drinking Indian hater, the other a more pensive type, susceptible to the plight of the Indians. Produced by Philip Yordan, it might have been intended as an epic in the style of Lawrence of Arabia rather than a western (2). Some of the cinematography of the Spanish landscape (falling in for the Dakotas) is impressive, and the film is well-produced, but Lawrence it ain’t. The action scenes are quite violent for a movie aimed at large audiences and the representation of the conclusive battle at the Little Big Horn may not be accurate (we don’t know how Custer died but he most certainly wasn’t ‘saved for the last’) but it’s an exciting spectacle and the final scene, Custer overlooking the battlefield, refusing the walk away from it alive when he’s offered to do so, has a certain grandeur and a sense of fatality that the rest of the movie lacks.