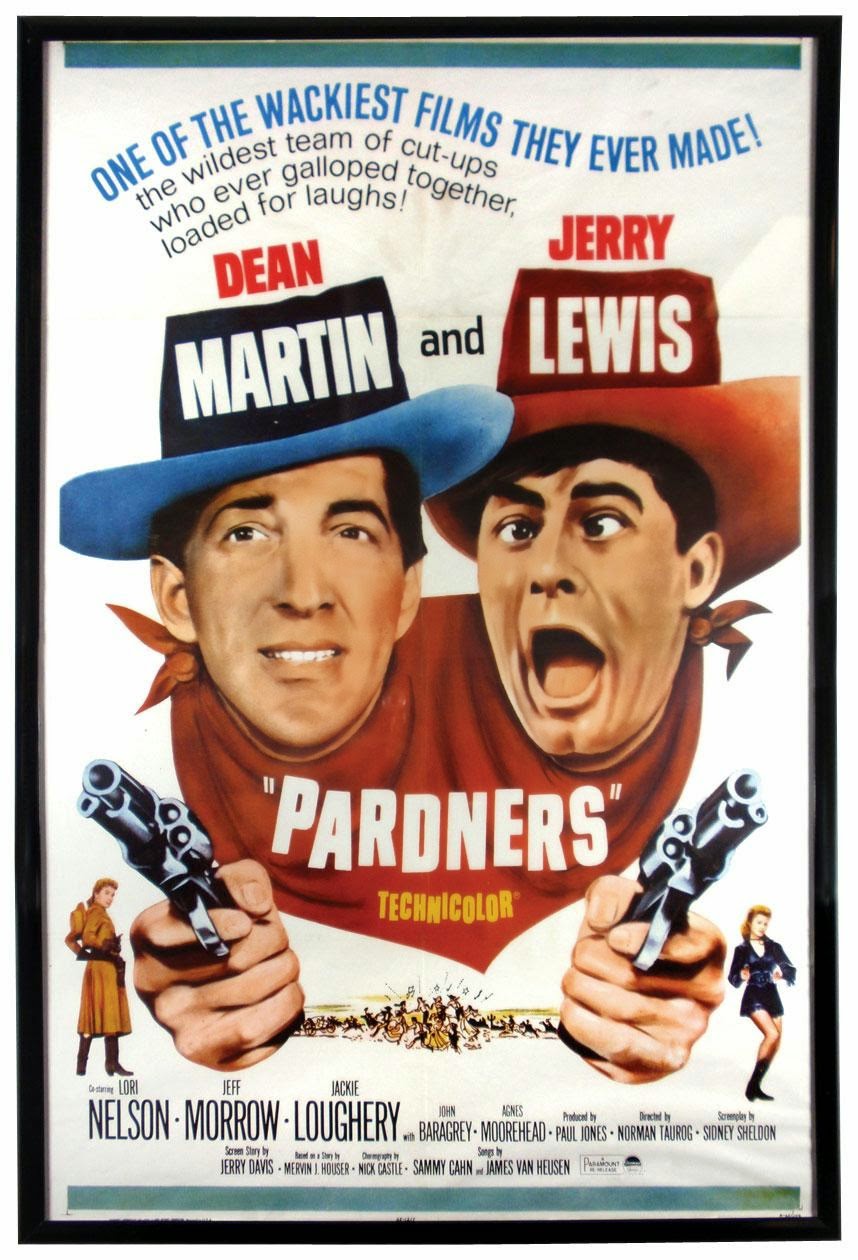 The penultimate movie of the legendary duo Martin and Lewis, consisting of the singer Dean Martin and the comedian Jerry Lewis. They appeared together on stage for the first time at the Atlantic City Club 500 on July 25, 1946, and would become, in the years to come, America’s most popular comedy duo thanks to a NBC radio series and numerous appearances in television shows and movies. Pardners was their only trip out West.

In the beginning of the film Martin and Lewis are seen as two aging cowboys. The ranch of Slim Mosely (Martin) and his partner Wade Kinsley (Lewis) is attacked by a gang of outlaws known as the Masked Raiders and both men are killed. Their two children, also called Slim & Wade, are raised separately in New York City. In 1910, 25 years after the events, Slim jr. has become a rodeo rider while the inept Wade jr. has become a spoiled momma’s boy. When Slim travels West to take part in a rodeo contest, Wade decides to accompany them because he has always dreamed of becoming a cowboy. The West is not what it used to be, but the masked raiders are still terrorizing the territory and when a new sheriff is needed because the old one was killed by the raiders, the totally inept Wade is elected because Slim has told everybody that he’s a famous gunslinger ...

The problem of the Martin and Lewis vehicles is that they were no more than a series of vaudeville acts disguised as movies and that neither of the two stars had reached his artistic zenith yet. Lewis was recognized by many as the true creative force of the duo, but by this time he was still relying too much on his routines of the simpleton with the high pitched voice while Dino was still working on his unique style that would turn him into the most popular entertainers of the mid-20th Century, second only to Frank Sinatra. Most of their outings are diverting, but hardly any of them is memorable. Pardners is no exception. 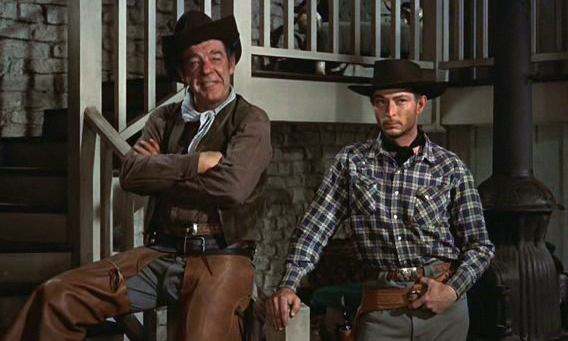 As a western parody, it’s an ordinary affair; the script by Sidney Sheldon is loosely based on the Bing Crosby vehicle Rhytm on the Range (also directed by Norman Taurog), but also shows some similarities to That’s My Boy, an earlier movie starring the tandem Martin & Lewis. As always Martin plays the straight guy while Lewis plays the fool, and of course all of Martin’s plans and intentions are frustrated by Lewis’s desire to help him. But eventually they become real friends and also manage to avenge their fathers’ deaths. As a comedy it works by fits and starts; it’s pretty noisy, Lewis overdoing things and Dino singing a couple of humdrum songs, but there are a few great moments, the absolute highlight a hilarious scene - grade A Lewis - of Jerry trying to roll a cigarette. It also has a great cast of supporting players, with Lee van Cleef, Jack Elam and Lon Chaney making their appearance as baddies.

It’s often said that Pardners was ironically titled because the two were already on the way to their breakup. Once good friends their relationship had turned sour, basically because Martin felt unhappy playing second fiddle to Lewis. To squash the rumors of a possible split, a coda was added to the movie: when “The End” appears on the screen, the two shoot down the letters and tell us they’re not ready for the end: they’re still good friends and enjoy making movies together. As we all know, it didn’t work out; the theatrical release of this movie coincided with their last appearance together on stage: on July 25, 1956, exactly ten years after their first appearance, Dean Martin walked off the stage at the New York City Copacabana Club.