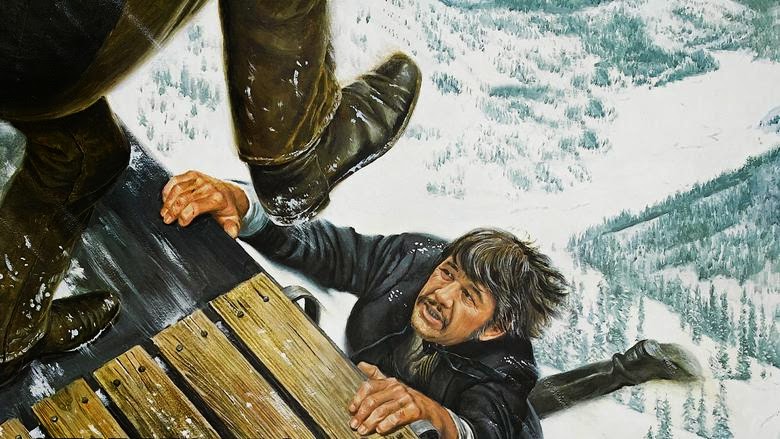 In 1870 a diphtheria epidemic has broken out in the army outpost of Fort Humboldt. A train is on its way to the fort with medical supplies and troops to replace the soldiers who have fallen victim to the disease. Also on board are the Governor and his niece plus a sheriff and his prisoner, a man called Deacon (Charlie), who was arrested for cheating at the card table and identified as a fugitive with the help of a newspaper. As the train approaches its destiny, it becomes clear that things are not what they seem ... 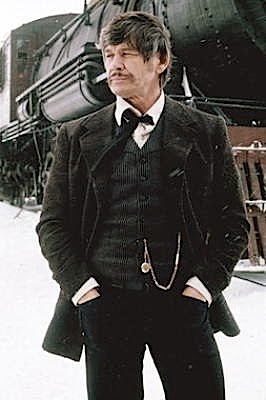 I had never seen this movie before. I’m not a fan of runaway train movies and the idea of a western with a mystery plot in the style of Agatha Christie (The Orient Express inevitably comes to mind) didn’t sound inviting at all. To my surprise the movie works quite well. The story - by Alistair MacLean, who adapted his own novel to the screen - often feels ridiculously far-fetched and there are quite a few inconsistencies, but mystery thrillers are there to puzzle and surprise us, not to be believable. Thanks to a series of twists and turns the entire premise is turned inside out: there’s no epidemic, instead there’s gold, murder, mayhem, a conspiracy of gunrunners and renegade Indians and above all there’s Charles Bronson, a lot of Charles Bronson, including Mrs. Charles Bronson, Jill Ireland.

The setting occasionally has a claustrophobic effect but we also get a series of beautiful images of the steam train moving into the snow-capped mountains and there’s a spectacular man to man fight on top of the train between Chuck and former boxing champion Archie Moore. It was the last movie for legendary stunt coordinator Yakima Canutt and his son Joe was one of the stuntmen. MacLean’s writings offer no more than cardboard characters in a throwaway plot, but the tension is nicely sustained while we move from corpse to corpse and Charlie is turned from a villain into the detective investigating the case. When the train eventually reaches its destiny - not Fort Humboldt but Breakheart Pass - and the passengers disembark, there’s a violent conclusion in the open to give us some real western atmosphere. 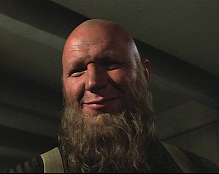 Breakheart Pass is a star vehicle, obviously made with a very decent budget. Appearances in European genre movies had turned Bronson into a popular actor in Europe and Asia, and the vigilante movie Death Wish (1974) had finally propelled him to stardom in his own country. The film has a great cast of supporting actors, but unfortunately they don’t have much to do (the only supporting actor who really shines, is the relatively unknown Robert Tessier, a former wrestler, as a particularly nasty, bald and bearded villain). Director Gries also makes a few bad choises: in one scene the cars at the end of the train, containing the soldiers, are decoupled, causing them to roll downhill, getting completely out of control. The climax -  the cars derailing and plunging into a ravine -  is shown in slow-motion, so far so good, but the camera remains so long with the action that it becomes clear that the cars are empty.


BOTTOM LINE:
Cardboard characters and a throwaway plot, but a good Chuck and some exciting action moments make this an above average star vehicle.
7- /10